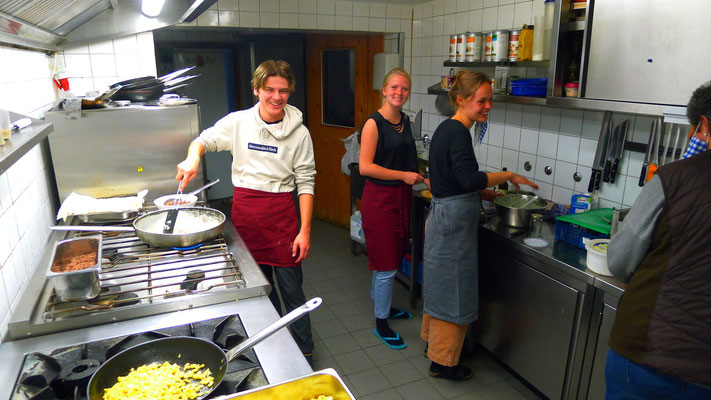 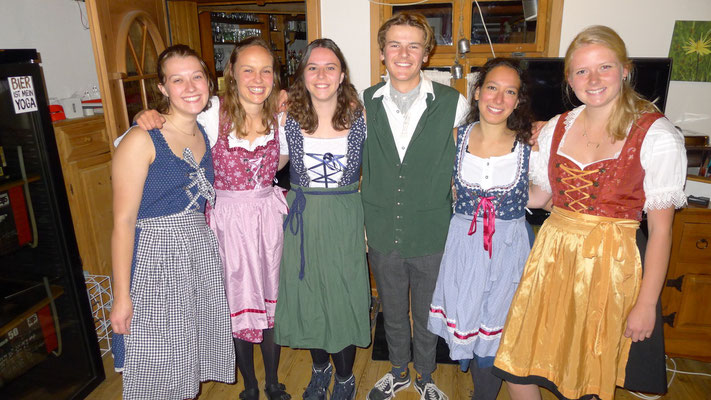 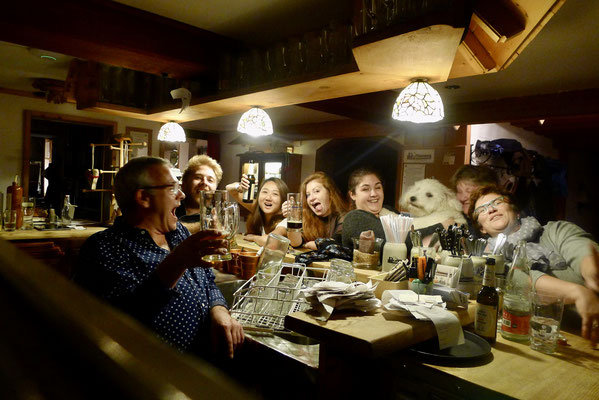 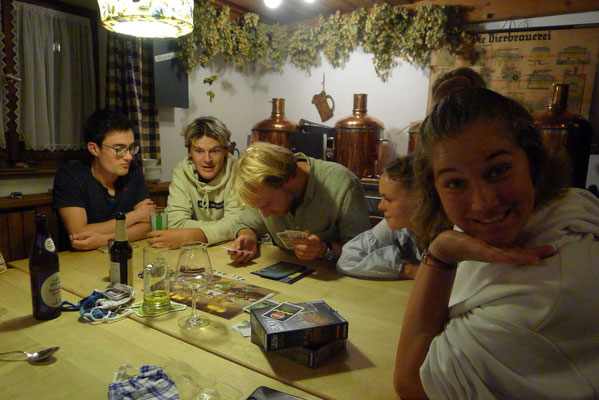 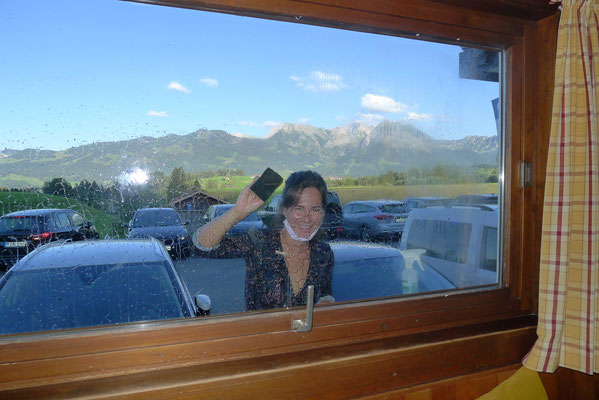 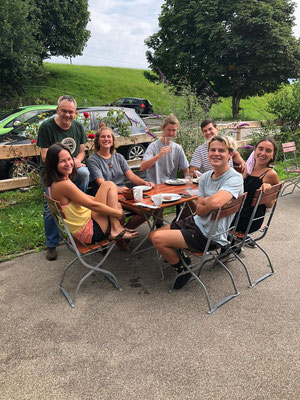 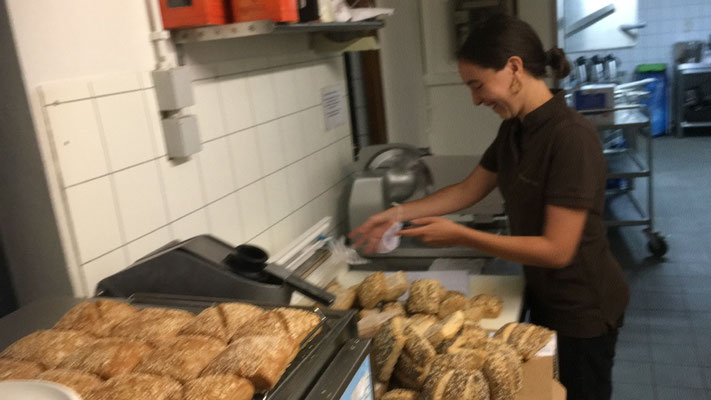 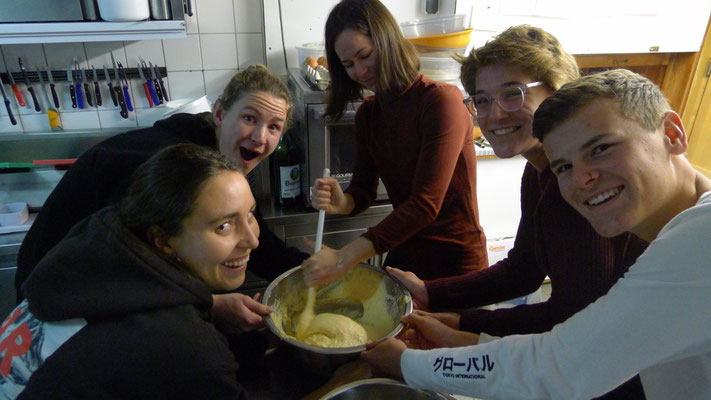 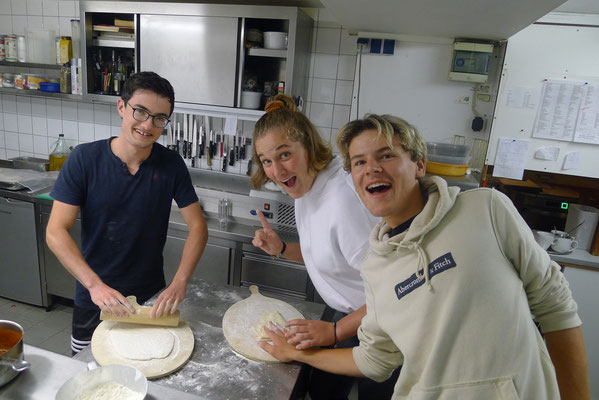 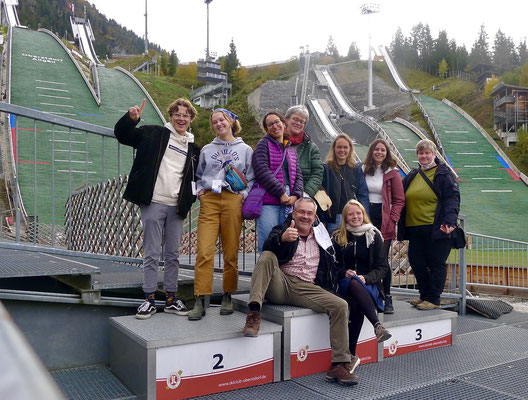 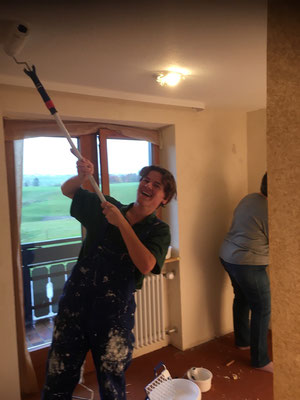 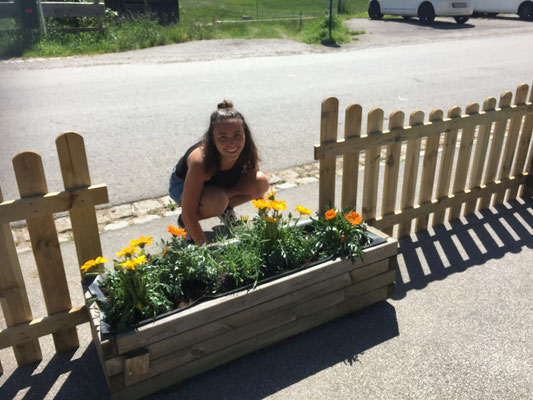 This was my first Workaway experience and my expectations were blown away. Initially I was meant to stay for 3 weeks, however I ended up staying for two months (would have been longer if it wasn't due to the Covid situation)! The work was consistent and enjoyable, with the accommodation being more than adequate.
However, my experience was made by the hosts Manuela and Wolfgang. Unfortunately I have limited German knowledge, but they always took the time to explain in English and make me feel welcome. They really made feel like a member of their small family! Furthermore, the experience was unique as there was other Workawayers who helped in the Gasthaus; this was amazing for integration and socialisation.I will always cherish my time that I had with Manuela and Wolfgang. I'm very grateful for their kindheartedness and hope to work with them again in the future.

Our stay at Manuela and Wolfgang's place was our first Workaway experience, and our expectations were highly exceeded. Working with a group of other Workawayers made the social aspect of this job one of the best parts, as they were willing to show us the surrounding areas and give us tips and tricks, while also becoming our good friends! As the 'babies' of the group we were welcomed with open arms, everyone at the hotel is extremely kind and helpful. The work was super fair, with plenty of time to explore the region and surrounding cities, leaving at least 2 days a week off which allowed us to explore places even further, such as Munich. The food was delicious and will surely leave us suffering withdrawals from the traditional Bavarian kitchen. We worked jobs such as evening service at the bar and restaurant, preparing and helping with breakfast in the morning for guests as well as helping clean the guest rooms. We were given a private room with an ensuite which was great. The area surrounding the hotel was magical. From the first step out of the front door the view of snow capped mountains and endless fields is directly in front of you. The bus stop which takes you to surrounding towns is only a short stroll, and the nearest train station makes for a nice walk. Activities such as hiking, skiing, ice skating, and sightseeing were easily within reach. We thank you both so much for this amazing opportunity, your generosity is unmatched and we are looking forward to returning in the summer!

You won't miss anything here as Wolfgang and Manuela are very generous! The meals are gorgeous, mostly provided, but there is always something yummy to grab from the kitchen as well. The beer is delicious and i am always allowed to drink whatever.
The rooms are very cosy, just a little noisy, but thats what the house is in general as there are many guests.
The Guests are mostly kind and relaxed - obviously they are on holiday. apart from that, i can just be as i am, no rush, no extra posh acting or things like that. I makes it so easy to handle people as you dont have to worry about making everything extra perfect. This points out so much as i am used to five star hotels - this is a really nice experience for me.
All sourroundings are a nice mixture of everything - close to the mountains (in between)you can hike and sky all over, close to pretty villages, close to good food, close to bigger towns, close to bus and train station.
The Allgäuer Alpen are stunning, no matter what season is on. I recommend this place to everybody! The shifts can be busy but thats what the work is like. Thank you Wolfgang and Manuela to make my stay so comfy and enjoyable

My time in Bolsterlang working at the mountain guest-house was exceptional and enriched with a true Allgäu cultural experience. I can’t speak highly enough of both Wolfgang & Manuela, their kind and easy-going nature created an ever so enjoyable 2 month stay. Manuela and Wolfgang are very insightful and it was a pleasure to learn from them and listen to their knowledge about Germany, beer, life and last but not least talent shows! The work required was fair and as mentioned, I worked in the evenings serving guests/bar work and occasionally helping with the breakfast shift. I was fortunate enough to see the surrounding area with Manuela & Wolfgang, including various breweries, hop farms, München and Lake Constance. I had plenty of free time and was able to visit many towns in Bavaria, and spent a lot of time hiking and cycling through the picture perfect Allgäu region. I had an absolute blast and I hope to return someday soon.

Both Wolfgang and Manuela are kind and easy going people, I shared a lot with them also because they know my city.
The main work I did for them was painting the kitchen but it's not the only thing, I helped around with general maintainance and I also had the special occasion to brew some hefeweizen beer with Wolfgang.
During my stay I had the possibility to hike a lot through the surrounding mountains and this was helped by a cableway ticket which Manuela gave me.
They also brought me in Augsburg once, to see the football match between Augsburg and Schalke04 in the WWK arena.
I've been in bolsterlang for 4 weeks and I couldn't ask for a better first workaway experience.
Thanks again Wolfgang and Manuela!

Hi, I've been in the B&B of Manuela and Wolfgang for 3 weeks. By they I've worcked as waitress, first I had some difficult,but then I have learnt.
Manuela and Wolfgang were very kind,patient and nice with me.
The cities around there such as Oberstdorf,Santhofen and Fischen are very pretty and interesting, as well as the landscape. Generally I had a good time and I thank them to have me hosted by them.

Thank you for this great time and all the opportunities you gave me. I really enjoyed the time.
The work in the hotel was simpel and all the staff members are very nice, you can have a good time with all of them.
also the place is beatifull, mountains everywhere, rivesrs, great landscapes, even If you only go outside of the hotel!